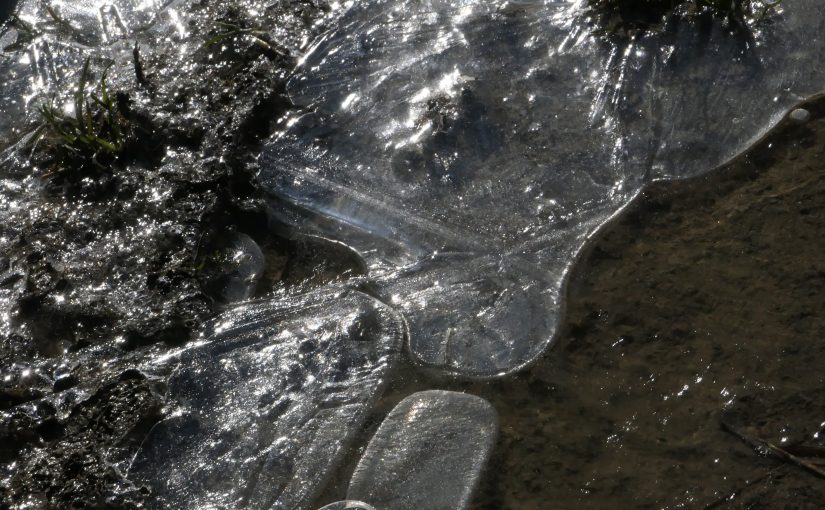 There was a particularly glorious cloud formation over Mont Blanc yesterday evening (24.x.21) (usual: should open up if you click to see each of the five images full size). 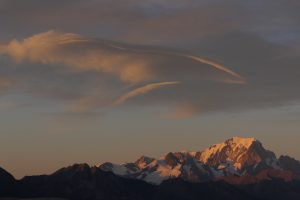 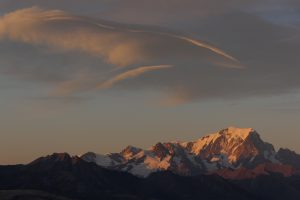 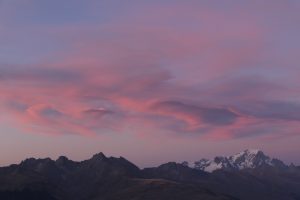 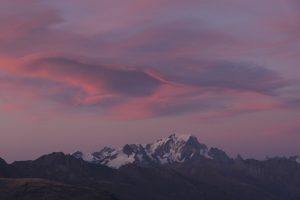 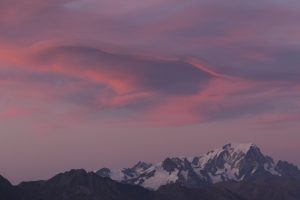 The last couple of weeks I have felt very preoccupied with returning to the UK as J & I agreed I should come back a few weeks earlier than we had thought I would. So much has been going wrong back in the UK that it’s felt increasingly unfair to be up here. Somehow that cloud, and trying to capture it, felt part of the leaving process.

I never really get the colours and the intensity and richness of the evening light up here in my ‘photos (though some are much better than others … those will do!) For once I am cross-referencing this to the timelapse video of the day (https://vimeo.com/638414814). Have a look at the last 30 seconds of that to see that cloud forming and disappearing. I will really miss the beauty and the peace living up here: the stillness and quiet. At weekends particularly I can stand out on the terrace and look at the views and hear nothing but the breeze for minutes on end until a plane overhead or a car below intrude … but even they are quiet generally!

I will miss the last stages of the larches turning to brown and dropping all their needles and the first real snow arriving (though I would probably have gone back before it really starts to build for the ski season, even on our original plan).

It’s definitely moving to winter. The header image is of the first ice I’ve seen. That was late morning on my final walk down to Plagne Centre for this year. For some reason it took me back to memories of walking and birdwatching in the fields around Leamington in my adolescence. I’ve always loved the shapes that ice forms on puddles: it’s no simple process of phase change is it? 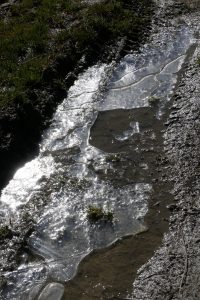 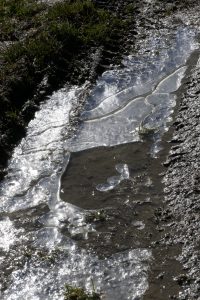 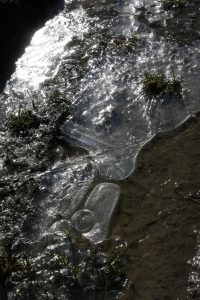 A few blog posts back, hm, the 4th of September, I wrote about my almost constant wish to be more productive: I could do with a purple patch and an ex-student teased me about outdoing catholics for guilt. Pedant that I am, I think it’s more puritan than catholic but what do I know about religion?! I’ve been amused in the last few weeks to see how the rosebay willow herb slabs of purple have turned to grey that at times catches the sun to create patches of silver. This does do it justice but it amuses me that it’s part of the patch I used in the images in that earlier post.

I have continued to want to achieve more, and to feel I can do something more about our destruction of the planet but I have managed to accept that I’m getting work done, if not all I would want, and that I am living a fairly low impact life. That’ll have to do for now.

And I’m just going to sign off from the Alps for this year with a collection of images from that last walk. This starts with my exit steps (they really are a bit like temporary steps down from a ship to a little boat pulling alongside), then more shots of this extraordinary place. Then the shift from the brutalist concrete to the trees via one shot of the meadow the cows chewed pretty much to the ground a week or two back in their brief transhumance co-habitation with me up here. There’s Mont Blanc way away in the background in the last shot. 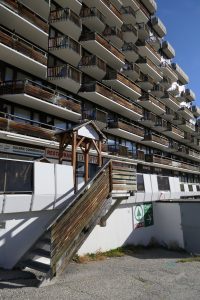 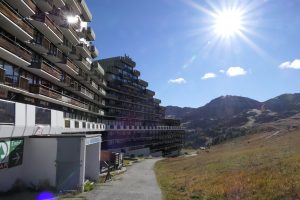 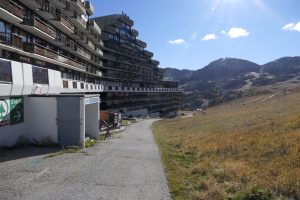 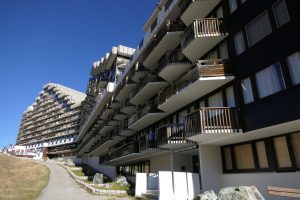 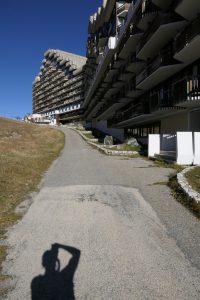 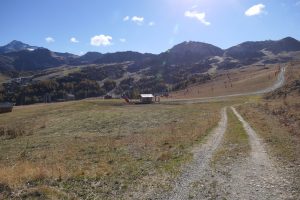 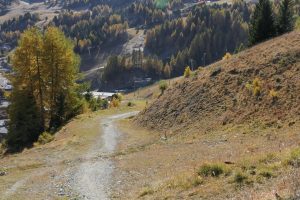 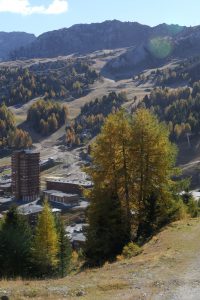 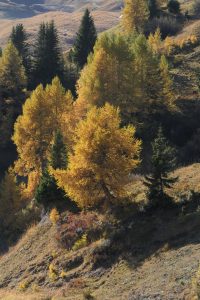 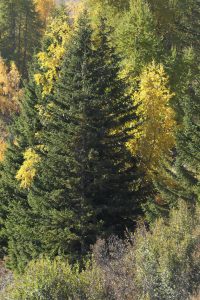 By magic (or was it J fixing things?!) I do have this waiting for me in West Norwood when I get back…

I’ll have missed Seven Samurai, probably my favourite film of all time … but I have probably seen it seven times at least. The galleries and museums in London are open again and I get to catch up with 3D people. Onwards!

One last image. Moon in the morning over the top of the Les envers lift last week (another one to click on to get it in full). 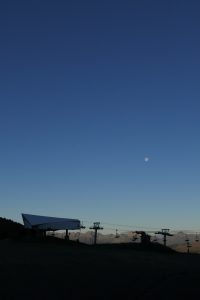