Yesterday was a gloriously sunny day and I’m not sure how many more of those there will be before I return to the UK just before Christmas so I decided to go for a walk. My route was largely shaped by staying in the sun as much as possible as that was warm but the air in shadow was cool, uncomfortably so if you stood still too long to take ‘photos. (I was wearing a t-shirt and shorts but didn’t want to keep pulling on and off a light fleece I’d put in my little backpack.) I wanted to get on top of mapping walks and rides and getting the maps up here so I set Strava working on my French ‘phone and here’s the map courtesy of Google.

You should be able to zoom and scroll that to your heart’s content and you should also be able to change how Google displays the maps. That should show my walk in thick black on top of the map which should default to “map” format and “terrain” shading. If you switch to “satellite” format you get what it says (well, I think it might have been from a plane not a satellite) and there you can switch the labels on and off. Those labels, mostly lines, seem to be a rather odd mix of dotted red straight lines for lifts and buttons (the routes of the buttons straightened), solid blue and red lines for runs (a number of black runs completely omitted) and white for footpaths.

Here’s how Strava shares the same information. If you click on that it takes you to the Strava page and there’s a rather good altitude and speed plot, the latter showing how often I stopped to take ‘photos!

I ended up taking umpteen ‘photos and I have winnowed them down but let’s come back to my starting point: Immeuble Aime 2000 or Aime2000 (or A2k to me now). Here, zoomed in and in what I believe is a view from a plane, not a satellite, here is the extraordinary building that is now my home seen from above.

And here’s how it looking back from some distance away but early in my loop around it.

I like the way the ziggurat structure is both completely of its late 60s (opened 18.iii.1970) concrete “new brutalist” style but also catches something of the vertical and horizontal twists of the scenery (look back at that short from above and yes, it’s harshly linear but it also twists as the valleys and ridges do all around it). It’s so much cleverer than its neighbours.

Haut Bois, actually behind Aime2000 and familiar to anyone who has watched any of my timelapse videos of cloud drama up here is at least not a technicolor shocker but the Club Med building really is horrible, shame on whoever allowed it and whoever designed it!

OK. I’ll leave this with a gallery of fond, if not always flattering, images from my circumnavigation of my French home. If you hover over an image you should see a caption for it. Probably the best way to see them is to click on the first one and scroll through. There’s a download button in the unlikely event anyone wants to download them. If so, as is my usual licence, the Creative Commons, Attribution-ShareAlike licence applies. 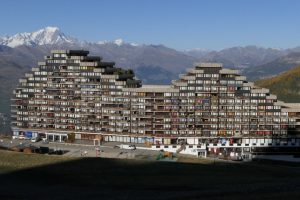 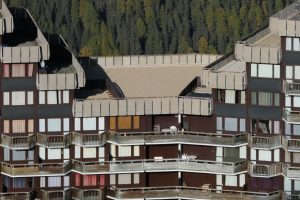 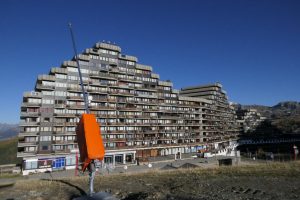 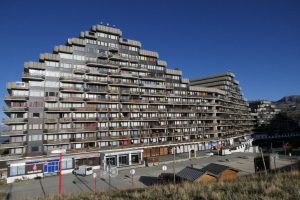 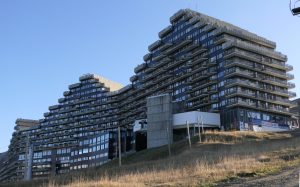 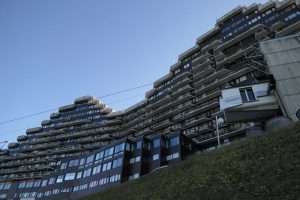 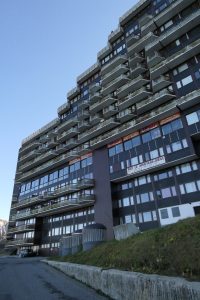 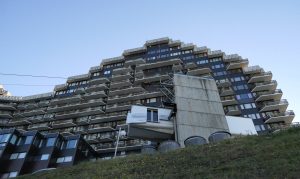 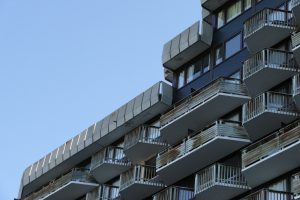 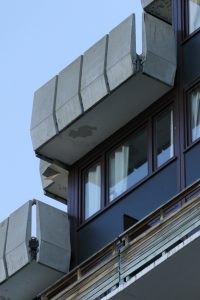